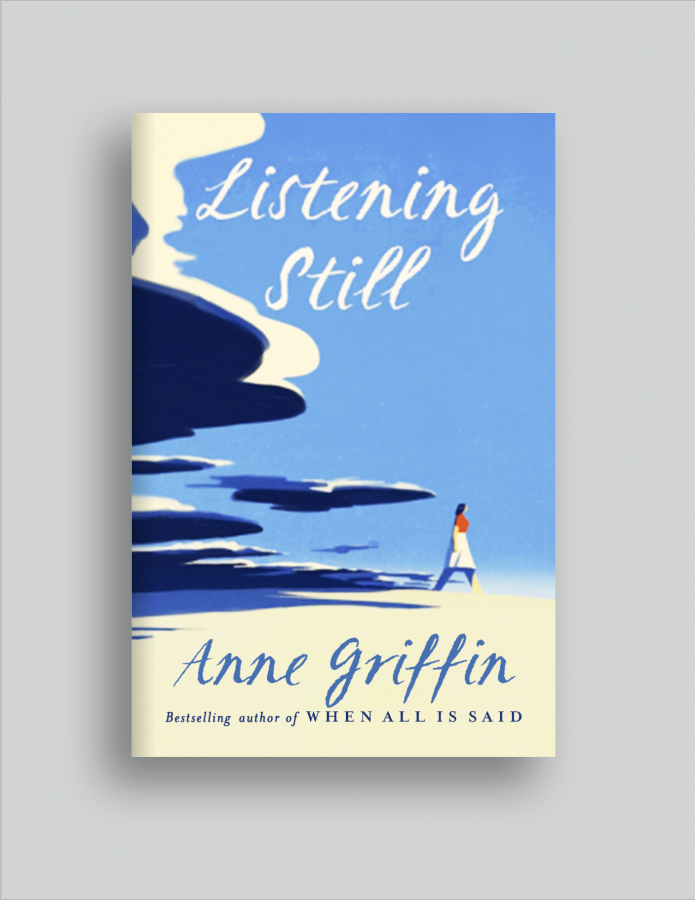 Blessed with the ability to communicate with the recently departed, a woman who devoted her life to fulfilling the needs of the dead over living her own reassesses her past and reconsiders her future in Listening Still. A poignant novel of lost love, familial obligation, and pursuing happiness from Anne Griffin, the international bestselling author of When All Is Said.

Jeanie Masterson offers a vital service for grieving families in Kilcross, Ireland, sharing revelations between the living and the dead. It is a talent she inherited from her father, the town’s undertaker, and she shoulders the responsibility with grace. Now, her father wants to retire, leaving the business to Jeanie and her husband Niall.

Grateful to have been bestowed with a life’s calling, listening to the dead nonetheless takes an emotional toll on Jeanie. Voicing regrets and things better left unsaid is easier with her father’s help and guidance, and she doesn’t want to perform that task alone much less run the business. As a child, she was teased and bullied by classmates about her “gift”. As a teenager, she followed her family’s expectations, sacrificing her first love and an opportunity to discover a life beyond caring for the dead.

And if the dead have imparted anything to Jeanie, it’s that life is too short. But before she can figure out her heart’s desire, Jeanie will have to confront the truth about her marriage, her family, and the uncanny ability that’s become more curse than blessing.

Available to order from your local bookseller. or HERE

Manage Cookie Consent
To provide the best experiences, we use technologies like cookies to store and/or access device information. Consenting to these technologies will allow us to process data such as browsing behavior or unique IDs on this site. Not consenting or withdrawing consent, may adversely affect certain features and functions.
Manage options Manage services Manage vendors Read more about these purposes
View preferences
{title} {title} {title}